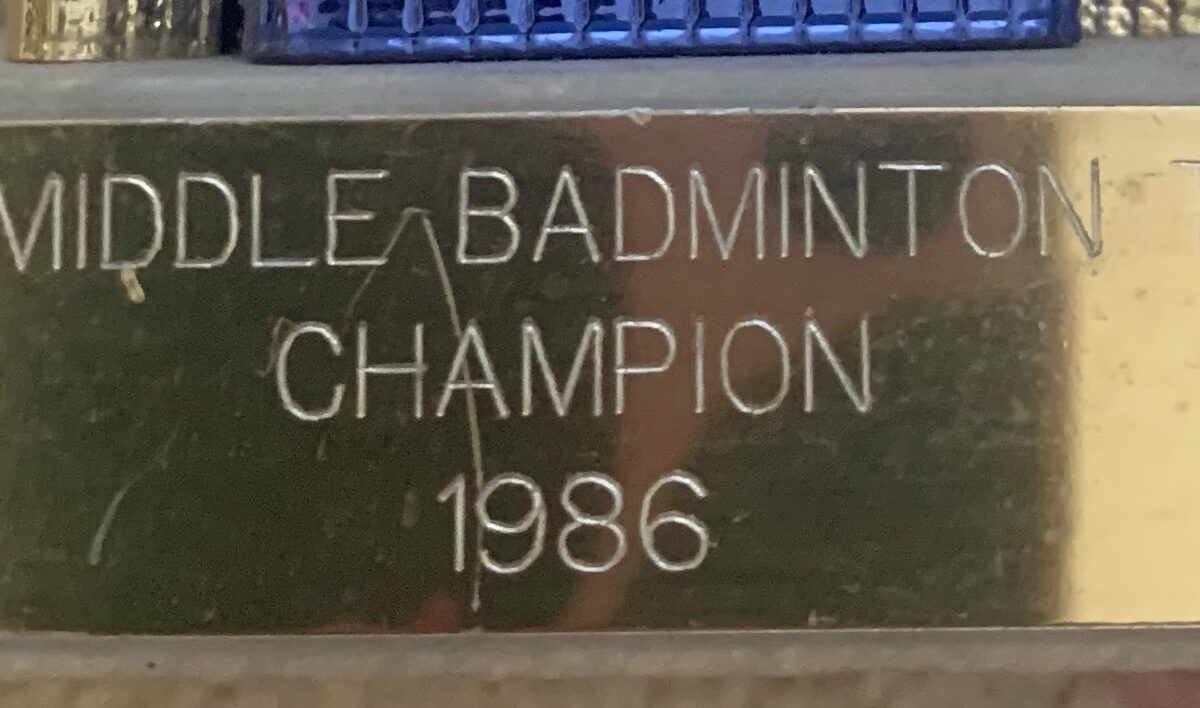 Did a little organizing today and with it comes what goes. A few books, a dirty candle that smells like peas, a bracelet I never wore, and a Carrie Bradshaw-esque collection of flower broaches I used to enjoy pinning to my corduroy blazers two decades ago.

Shelly of Twenty-Years-Ago may seem like a stranger with bad fashion but Shelly of over thirty years ago is also a bit of an enigma. Did you know I was one-half of the West Middle School 7th Grade Badminton Doubles Team Champion? I know. Shocking. This was basically my first and only “team” endeavor. One might say I was a natural? Or really, the only other kids competing were way cooler than we were and knew enough to ditch the tourney early or the super stoned duo of Penny and Sherry whose reflexes were grossly impaired not just by their marijuana consumption, but also the fits of giggles they dropped into every time someone said shuttlecock. (Okay, that word is pretty funny.)

So yeah, I was a badminton champion and have the trophy to prove it. My dad went through the trouble of sending it all the way across the country after he unearthed it along with my Skid Row jean jacket (DIY’d by myself and best friend Cindy) and photo albums bursting with pictures taken with a disc camera, dropped off at CVS (paid extra for doubles!), and received an entire week later!

My dad with shit himself if he knew I was giving up my one and only trophy, but alas, it no longer sparks joy. Or goes with the decor. But I will take a photo and keep it in a digital album in case I ever feel compelled to revisit my glory days.