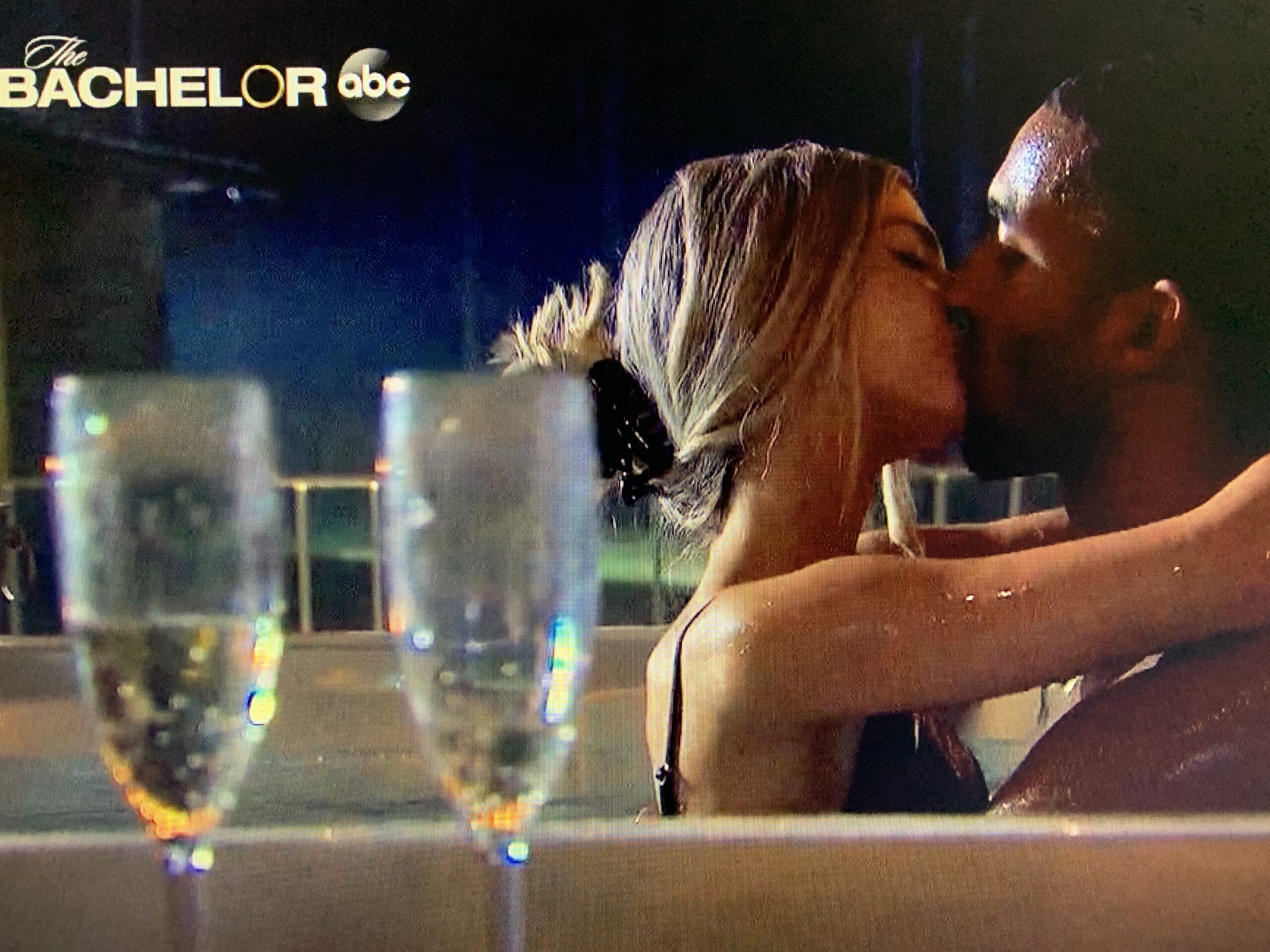 Season 1,854 of The Bachelor premiers today. If you know me at all you know that’s basically a national holiday. If you read this blog at all you may have noticed I haven’t been recapping the seasons as of late. Call me uninspired. Call me lazy. Call me a person who takes melatonin at 8:30 every night so she can be asleep by 9:00 on weekdays. Go on, I won’t be offended.

Gotta admit, I’m sort of feeling this new season. It’s been forever since I haven’t absolutely despised the main man before the season even began. Matt James is our new bachelor. You may know him as being Tyler Cameron’s best friend and… well, that’s probably how you know him. His casting is obviously significant not just because Tyler and his pastel skinny jeans will likely be gracing our TVs soon, but Matt is the first Black bachelor. In 2021. Way to go ABC. You are true pioneers.

Matt also seems like a good guy. I say seems because we honestly don’t know. Instead of going back to the well of rejected suitors and guys who were not here for the right reasons as the casting crew is wont to do, this is Matt’s first trip to Bachelor Nation. He’s an unknown. We have yet to see his sockless ankles as he exits a limo in dress capri pants. We have not heard him profess love for a woman he’s known for thirteen days. We have not watched him be forced to do improv comedy or Jell-O wrestle or throw up in his hand after some stupid zero gravity bungee jump into a Costa Rican rain forest. He’s as pure as 98% of his contestants desire to score a influencer deal with Revolve clothing.

Will I stay up late enough to watch the season premiere? Probably not. But I did just watch the teaser and mustered enough energy before the melatonin kicks in to recap it.

Six seconds in we get a shower scene and close-up on his abs.

We did not get shower scenes with Pilot Pete if you remember. In fact, it was weird and uncomfortable whenever he had his shirt off. I do not find this weird or uncomfortable. This makes sense. And I really like the tile in shower.

No seriously, the tile is super cool. Take another look:

If I was remodeling my bathroom again, I’d totally consider that pattern. Y’all getting a good look at this tile?

Just making sure your home decor needs are being met.

But Matt isn’t just a six pack. He’s a dude with two first names. And someone who believes “love is about the heart.” That is profound!

“The way I view life is, everything is a blessing.”  #everythingisblessed!

Then we get a montage of:

Matt has a real job as a commercial real estate broker in NYC. He is also runs a nonprofit- ABC Food Tours– with the mission of introducing kids from lower-income communities to a variety of foods and healthy lifestyle choices so that’s, you know, kind of cool. He was doing this presumably before he ever knew he’d one day be the bachelor so, okay, it’s wonderful and sweet and I love him already.

Next up the girls spend eleven seconds in the same room with Matt and share their first impressions:

Okay, no. NO! Say it with me: Daddies aren’t yum and we don’t call men we have sparks with, “daddy.” Unless of course you want to one day be cast on The Bachelor, then yeah, dads are like ice cream. (I’m throwing up as I type that.)

But it’s not all fun and games. There are twenty-some women “going to war for Matt’s heart.” THERE WILL BE DRAMA. Perhaps the most dramatic season ever.

There are panic attacks!

There might be a shady as shit backstory! (Oh, please, I hope so!)

“I heard two different terms going around in this house: sugar baby and escort”

Sugar baby is actually kind of cute. But wait, what’s this about a “Transactional relationship with wealthy men?” I’m sure it’s all a big misunderstanding and I AM HERE FOR IT.

And obviously we need our villain. I’m putting my money on Victoria. Why? Well, I’m pretty sure she’s the only girl who was named in this teaser. Also she refers to herself as “the Queen,” and makes other girls cry.

The girl below is shown crying. Like a lot (and the whole teaser is like three minutes so what does that tell you?) I’m no Bachelor savant (OKAY, OKAY, HA HA, I TOTALLY AM!) so I’m betting this poor lass is Victoria’s target. Victoria tells us she will want to, “F*#$ Matt if he throws her out because it’s super hot to see through someone else’s bullshit.”

Then we see girls boxing which is a great group date activity. And then of course there’s the ambulance.

And more screaming, more panic attacks, more girl tears, some making out, and then our broken bachelor in tears before a curbside tête-à-tête with Chris Harrison.

Matt ponders life because it’s important to know how serious he takes this journey. He has seen what a broken family can do to a person and he doesn’t want to put anyone through that.

Our bachelor will not be wearing a lot of shirts this season. Also my son has those sweatpants.

The only thing Matt is certain of is love makes you do things you wouldn’t normally do. Like jump out of airplanes or propose to a relative stranger on national TV or say “Yum, Daddy” about a guy you think is hot.

It is all VERY DRAMATIC!

Hey, man, the crew went through hell to figure out a way to bring us this fine entertainment in the middle of a global pandemic. We must appreciate. Okay, I’m in.